In this daily article we read on Humans will attend own funerals as robots . Here is the article below:

By 2050 humans will attend own funerals as robots – futurologist 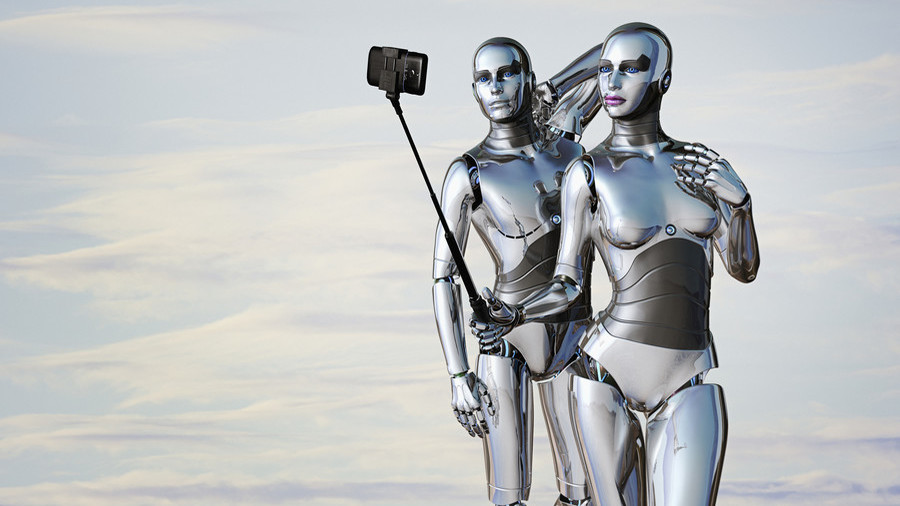 On top of planning your pension and future financial security, now’s the time to put money aside for downloading your brain data, according to a leading futurologist who says we’ll be attending our own funerals as robots by 2050.

Dr Ian Pearson, who has a self-proclaimed 85 percent accuracy record when looking 10 to 15 years ahead, says humans will one day (and in the not too distant future) hook their minds up to external machines while alive to boost intelligence, improve memory and sensory capacity.

External IT capabilities mean the technology can connect to your brain seamlessly so it feels exactly the same, says Pearson. Furthermore, the scientist says that when you physically die, almost all of your brain will still be functioning... as a machine.

“By around 2050, 99 percent of your mind is running on external IT rather than in the meat-ware in your head," claimed Pearson in his blog, Futerizon.

When your human body eventually gives into inevitable fatal deterioration, Pearson says “assuming you saved enough and prepared well” you can simply transfer your brain data to an android: “attend your funeral, and then carry on as before, still you, just with a younger, highly upgraded body.”

"Some people may need to wait until 2060 or later until android price falls enough for them to afford one,” he says. “In principle, you can swap bodies as often as you like, because your mind is resident elsewhere, the android is just a temporary front end, just transport for sensors.”

However, as humans have come to learn with personal data, the question as to who would own your proverbial brain after you’ve physically vacated the planet is an important one.

Like any fine print in a deal that feels too good to be true, Pearson explains that because the data will be stored on a cloud and not your personal server, it could be owned by Google, Facebook, Apple “or some future equivalent.”

So much like selling your soul to the devil, consumers will be tasked with selling their inner life’s work of knowledge and memories for a version of immortality: “You may in fact no longer own your mind.”

So I hoped you like the article - the original link is: https://www.rt.com/news/434151-robot-funeral-future-brain-pearson/