In this daily article we read on bacteria ‘fishing’ for DNA to speed up its own evolution. Here is the article below:

Watch bacteria ‘fishing’ for DNA to speed up its own evolution 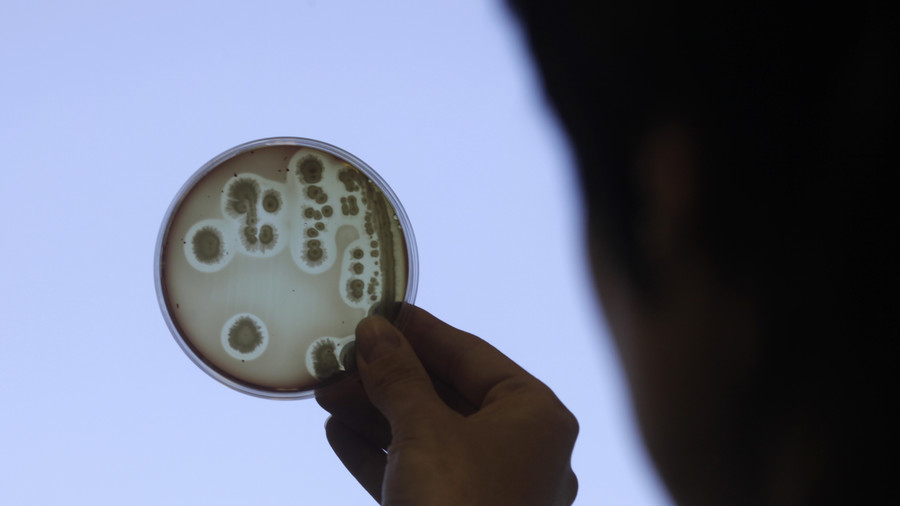 For the first time, bacteria has been seen ‘harpooning’ DNA and absorbing it into itself to speed up its evolution. The breakthrough could help in the fight against antibiotic-resistant bacteria.

Using a microscope and a new dyeing method, scientists observed one of the bacterium’s appendages, which is more than 10,000 times thinner than a human hair, reaching out and extracting DNA fragments from the surrounding environment. It then incorporated it into its own DNA. The process is known as “horizontal gene transfer.”

Scientists at Indiana University observed the process in Vibrio cholerae bacteria, which causes cholera, and have published their findings in the journal Nature Microbiology. They were able to capture the DNA transfer using a process which paints both the bacteria’s pili and the surrounding DNA fragments. Before now, it was impossible to understand how the pili works because it is just so small.

“Horizontal gene transfer is an important way that antibiotic resistance moves between bacterial species, but the process has never been observed before, since the structures involved are so incredibly small,” one of the study’s authors, Ankur Dalia, said. “It’s important to understand this process, since the more we understand about how bacteria share DNA, the better our chances are of thwarting it.”

The bacterium’s strange arm-like tendril, known as a pili, is vital in the DNA extraction process, the study shows. It acts like a harpoon which penetrates a pore in the bacterium’s wall in order to reach out and spear the DNA with its tip, before pulling the DNA into itself via the same pore.

READ MORE: New ‘nightmare bacteria verging on untreatable’ now in every US state

“It’s like threading a needle,” the study’s lead author, Courtney Ellison, said of the movement.

The groundbreaking observation could pave the way to further understanding antibiotic-resistant bacteria, which affects close to 2 million people in the US each year, the Centers for Disease Control and Prevention reports. These strains have been found in almost half a million people suffering with tuberculous.

The next step for scientists is to research how the bug’s pili is able to hook the DNA at precisely the right spot to seize it.

So I hoped you like the article - the original link is - https://www.rt.com/news/429947-bacteria-harpoon-dna-evolution/